What the last two years taught us?

When I look back at the last 2 years, 2020 and 2021 which will be ending pretty soon, there are so many things which we have learnt and also unlearnt. What have I learnt as a person and also as an administrator working on the front lines is that nothing is permanent, and all we can do is put in all our energies together as a family, as a community, as a nation, as a world, in fighting against odds to overcome any kind of adversity that we might face. The indomitable will of our kind to survive was so much at display during the last two years, when we as a species faced the biggest threat to our existence in recent times.

But at the same time, there is a lot that we have unlearnt. And if we haven't done so yet, we must do it immediately before we perish. What we should have unlearnt by now is our greed, the unlimited lust for everything we want, the arrogance with which we accord ourselves the status of rulers of the universe. I assume and hope that this period has brought back the oft-forgotten and ridiculed humility that we need to observe not just with our fellow brethren but with people who are different from us, with animals, with nature and with anything and everything that we feel entitled to.

Posted by Shubhra Saxena IAS at 9:25 AM 3 comments:

I hope all of you are hale and hearty. One thing Covid has taught us is not to take life and our loved ones for granted. Stay safe. Wait for more posts!

Posted by Shubhra Saxena IAS at 10:28 AM No comments:

Anganwadi Centres are govt. centres for implementation of ICDS scheme to combat malnutrition in women and children. These centres also provide for early childhood education to 3-6 year old children before the start of their formal education. More  often than not they are in such bad shape, dingy and unattractive that they do not have good attendance of children. There is a very poor turnout and the environment is not conducive to any kind of learning. The basic requirement was clear: To make these centres into attractive playschools having a child friendly look and an education enabling environment. By converging resources of Health, Panchayati Raj deptt and ICDS, we transformed all govt. owned Anganwadi Centres into attractive Samvardhan Centres @Shahjahanpur. In Bulandshahr also this work was continued. I am sharing some before n after pics of the centres. 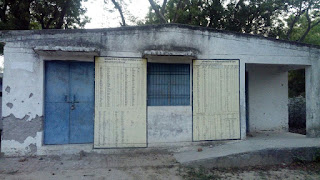 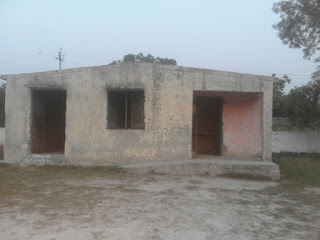 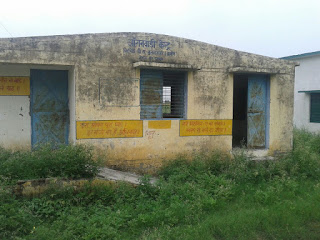 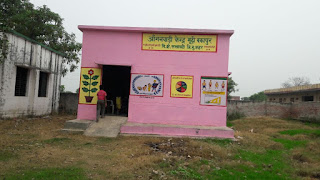 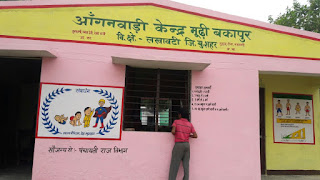 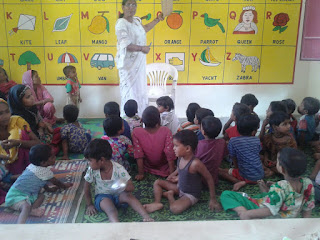 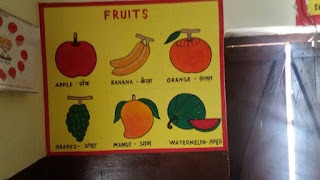 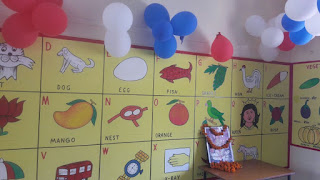 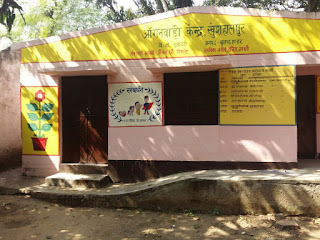 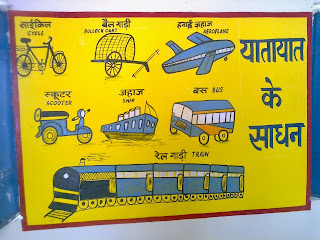 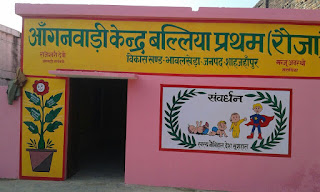 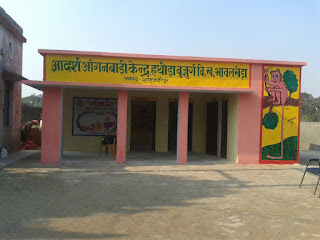 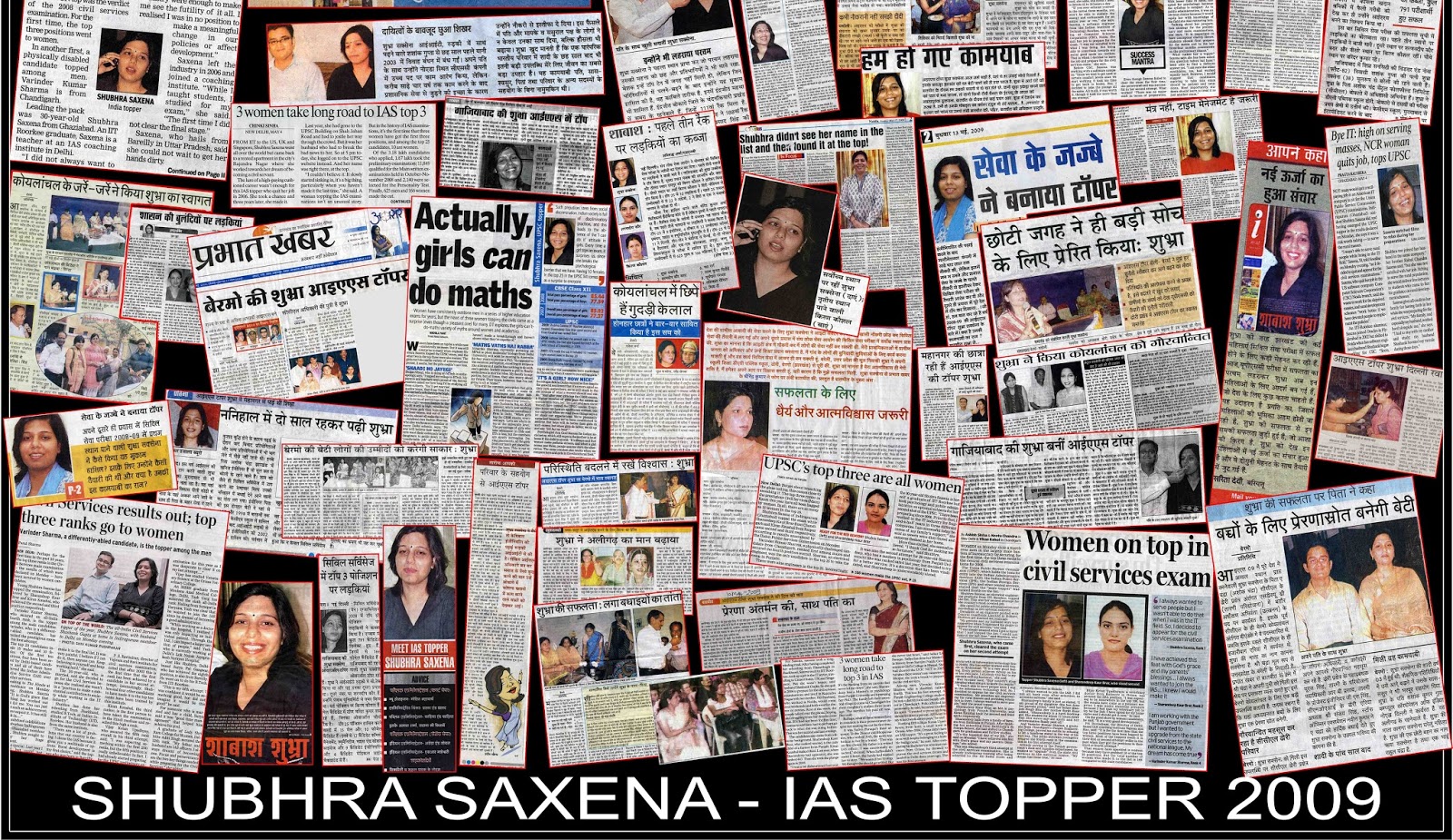 My next write-up will be on Elections.... of all kinds...

If you want me to write on any specific issue, Please give suggestions on this post.
Posted by Shubhra Saxena IAS at 4:06 AM 7 comments:

My journey as an IAS so far...

Today I want to share my journey from 2009 May(when I made it into the IAS) till date:

4th May 2009:
It was one of the most special days of my life. I not only cleared the CSE 2008 but was the All India Topper of 2009 batch. I can still feel the goosebumps on my skin to this day. And I still feel overwhelmed and humbled by the grace of God that led to such an amazing experience in my life.

31st Aug 2009:
Reported at Lal Bahadur Shastri National Academy of Administration(LBSNAA), Mussoorie for training.Won't call it a productive period of my career. Was a very redundant and morbid phase. Could have done without it I think....

June 2010 to June 2011:
After finishing Foundation course and Phase I of IAS training at Mussoorie, I came to Uttar Pradesh, my chosen cadre, also my home cadre. I was posted to Distt. Faizabad (known for Ayodhya), 120 kms away from Lucknow as Assistant Collector(under training). I did my training there for a year in which I held many charges including that of BDO and SDM.

Aug 2011:
I was posted as Joint Magistrate Faizabad. I held the charge of SDM Sadar Faizabad. I continued here till Feb 2011 when I was transferred to Bulandshahr for the purpose of conducting elections. UP had its assembly polls going on then. faizabad, as a trainee and as a joint magistrate has taught me many things and will always hold a very special place in my heart.

Feb 2012:
I joined Distt. Bulandshahr 22nd Feb 2011 and the polls were scheduled on the 24th of Feb. I was the Returning Officer from Siyana constituency. Results were declared on the 6th of March, 2011. New government came to power.

Apr 2012:
I was posted as Chief Development Officer, Distt Meerut. I conducted Urban Local Bodies elections there as the Deputy DEO. Though I was inexperienced to handle the important role of Dy DEO, that election trained me very well in election management. I was transferred yet again(sigh.....)

July 2012 -Oct 2012:
I was Chief Development Officer, Distt Ghaziabad. Nothing eventful in this period.

Oct 2012 to Mar 2013:
I was posted as Distt Magistrate, distt. Shravasti. I hadn't yet reached the seniority required for being posted as Distt. Collector but shortage of officers made it unavoidable. Now, for people wondering about this place, it is a very small distt. in UP, very remote, very backward and very poor. It borders Nepal. But for a first posting as collector, it is the perfect place. I learnt so much there and the people of the place are so simple and sweet. anything I did for them, they were overwhelmed, probably because they were used to being ignored. Shravasti.... I will always miss you. And yes, the place is historically very important because Gautam Buddha spent about 24 years meditating there. And it attracts a good number of tourists from SE Asia.

Mar 2013 to Jun 2013:
Hmmmmm.... Will write about it some other time. Was posted as DM Rampur for just 70 days. And it will always be one of the most unforgettable(read unforgettable not memorable!!) tenures of my career.

June 2013 to Dec 2013:
Was posted as Additional CEO, UP Expressway Industrial Authority and UP State Highway Authority. Worked on Agra Lucknow Expressway and other state highways. Quite a goof learning experience.

July 2014 to Mar 2016:
I was posted as District Magistrate , Shahjahanpur. Just remembering the place makes me yearn to go there.  Longest tenure of my career. Did a lot of good work there, many initiatives and projects executed there. Conducted many elections. My tenure there will form the basis for many posts hereon.

July 2016 till Date:
I was first posted as State Project Director, RUSA and special secretary Higher Education. Was there for a few days when I was posted as Special Secretary, Finance department. Currently learning the ropes of finance.....

After a long hiatus, I am back and this time, back for good. From now on, this blog will be about my experiences as a civil servant and for constructive discussion on burning issues confronting our country at the moment. I won't be able to write much about civil service entrance exam preparation but I am sure that aspirants will benefit from visiting this blog.

Shubhra Saxena IAS
Hi I am Shubhra Saxena. I am an IAS Officer of 2009 Batch, U.P. Cadre. I am an engineer from IIT Roorkee 2002 batch.